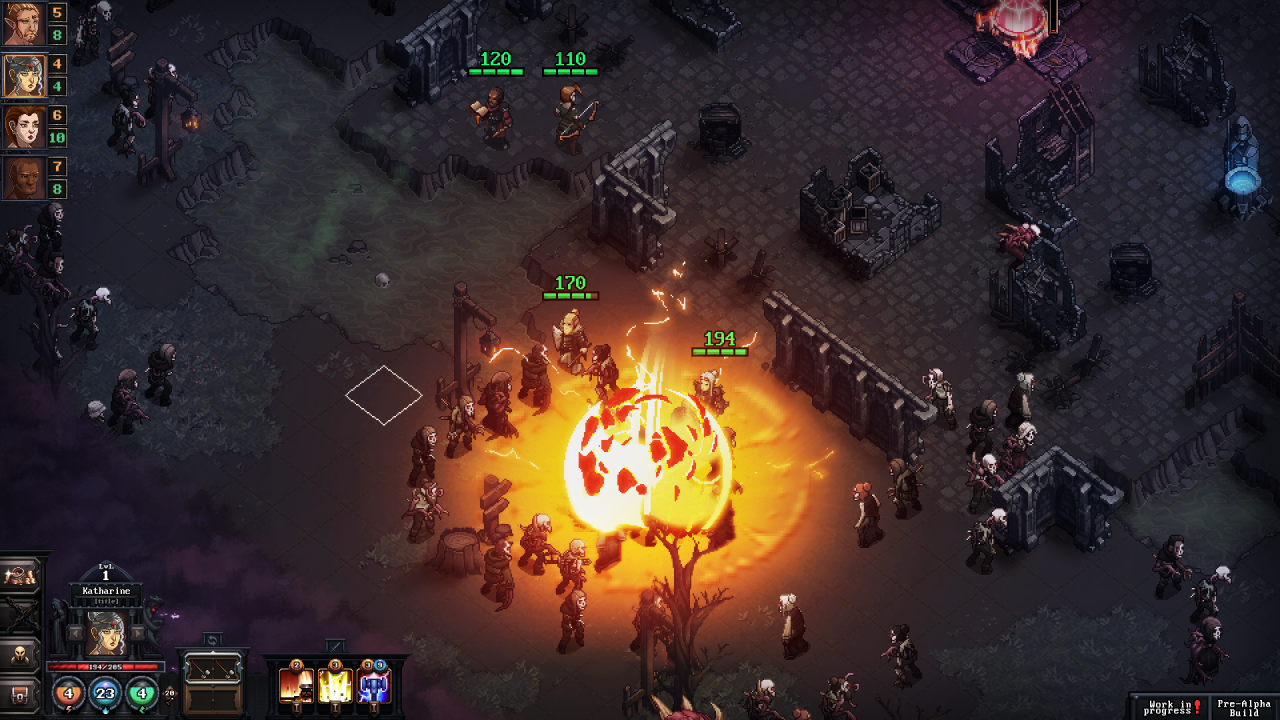 First of all, we want to thank all of you. We’re so happy you liked the trailer of The Last Spell. Now, all that’s left to do is make the game. Easy peasy (no).

Today, we want to tell you more about what we have been up to since the game’s reveal!

Back to Gamescom after 2 years!

Since we finally revealed The Last Spell in August, we went to Gamescom last week to officially present the game to the press and potential partners!

Since the game is still in a very early state, this was a hands-off presentation (it means we were playing the game ourselves). We showed a lot of combat, big AOEs, and some base-building too!

This was the very first time we were showing actual gameplay, so we were quite nervous at first, but in the end, everything went smoothly!

We also showed the game to potential partners, so it was a very busy Gamescom!

The event was as good as exhausting! It was a nice occasion to do some teambuilding and meet other developers from other countries! Now, we’re back in our office in France hyper pumped to continue the work on our new game!

Now that the game has been revealed, we’ll be making regular blog posts about the behind the scenes stuff, our intentions, our game design dilemmas, etc…

In the meantime, feel free to come to our Discord server! We might show some exclusive stuff from The Last Spell 😉