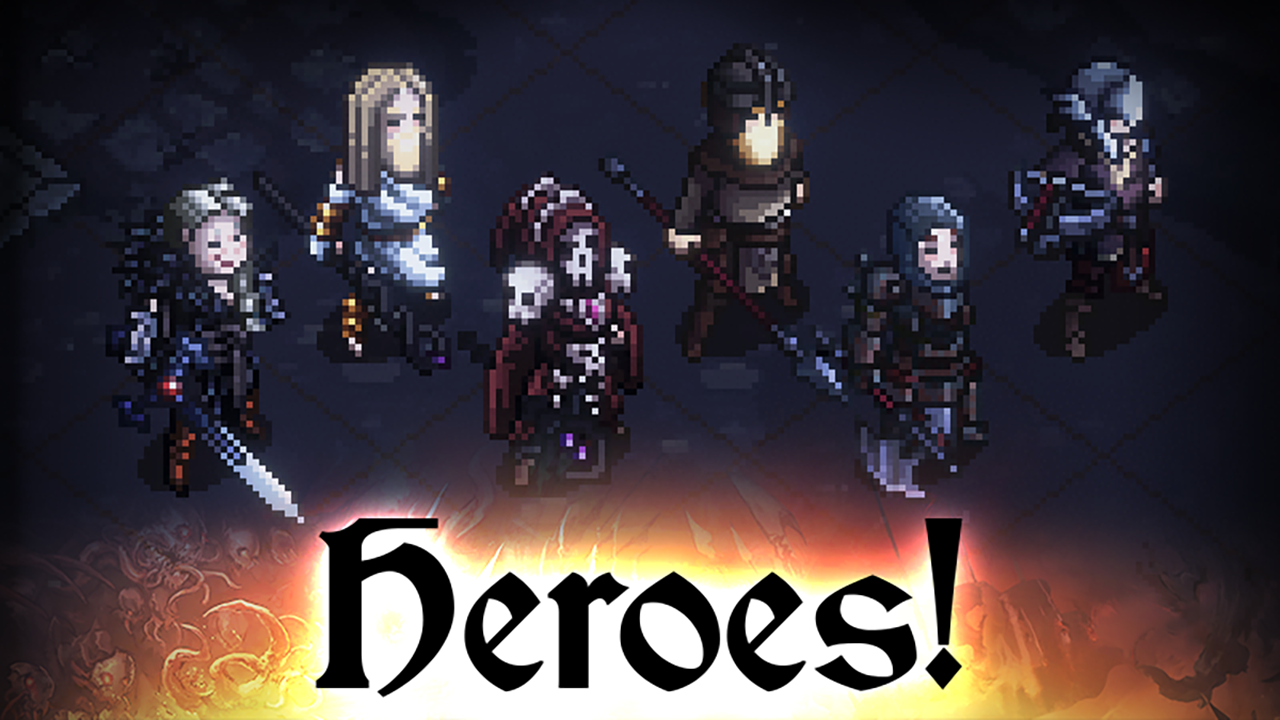 Promises are meant to be kept, be it on the battlefield or on a devblog. So here we are, with a first weekly blogpost regarding new features. 🙂 For this series of blogposts we’ve decided to go by theme, starting with the rework of the game phases and everything that’s related to heroes!

So first, we reworked a bit the flow of the different phases of the game: Production, Deployment and Night phases.

Now you can see the direction of the incoming hordes directly during the Production phase, which enables you to strategize your building plan.

This is reinforced by the fact that we also moved the construction of the defences (walls, watchtowers…) from the Deployment phase to the Production phase! Initially, we wanted to split the amount of tasks between the phases but it didn’t turn out very well.

So now the Production phase is a bit meatier, but with the use of the Commander’s Journal it should be ok. The Deployment phase now serves as a final check to place your heroes where you want to resist the incoming wave, as its name implies.

We reworked A LOT of things when it comes to the weapons.

First, each damage type (Physical, Ranged and Magical) has some special modifiers which changes how you will use them in-game:

We reworked inaccuracy for ranged weapons: now inaccuracy increases the target’s Dodge the further they are away from the caster. It’s more interesting because now you can mitigate this negative effect by increasing your Accuracy, a new Secondary Stat.

Speaking of the Devil! A lot has been done regarding the secondary stats. We now make use of all of them in the item’s bonuses, we tweaked some which seemed underwhelming, removed some, added others…

For example, we added a neat Multi Hit bonus stat which increases the number of hits for your multi hitting skills. (Try to say that sentence out loud ;))

Now these secondary stats are a real part of the experience, and you’ll need to build your characters around them to counter the different enemy types. Of course it meant a lot of changes, but it’s really looking good for replayability and builds diversity.

One example of the big change it implies: now enemies all have some Dodge %.

At first it’s really minimal, but as the horde grows stronger their stats too, and you’ll have to increase your Accuracy a bit if you don’t want them to regularly evade your attacks.

Secondary stats like Accuracy can also become negative (as a trade-off to another powerful bonus), and so giving a boost to enemies’ stats.

To make sure that players have control over these mechanics, we revamped the Level Up so now you can spend:

We also finished implementing the 35 Perks for you to choose from!

Now you’ll only have to spend points in any Tier of the perk tree to unlock superior levels, you’re not obliged to take perks on a Tier which doesn’t appeal to you and your build to unlock the next Tier.

We believe these small changes give a lot more interest to the Level Ups.

ALL items stats have been revamped. Now you can get items up to level 5, with increasing bonuses. Different types of weapon variants also have new sets of attributes to diversify the builds types.

We reworked ALL the skills of the weapons too, taking into account the feedbacks about which ones didn’t get enough love. So when you’ll try the new version of the game, don’t hesitate to try things which weren’t very cool at the time of the prologue… you may surprised! (for example, Poison damages now scale with the weapon level, so Poison builds have become veeeery interesting ^^)

Some quality of life and eye candy too: now rare items have a nice glow on them, making them pop out of the crowd. And when dragging an item, we highlight the slot where it can be dropped in the UI. Very useful.

Speaking of little cosmetic changes, we reworked the way the portraits of the heroes where procedurally generated, hopefully making them a bit more heroic. We also added a clothing layer to them with random armors, making seem less naked and a little more adventurous… They overall should look more baddass, with some of them still quite funny/weird thanks to the RNG gods.

As a side note… we worked on something pretty cool to customize your characters more, but… it’s too soon to talk about it… 😉

We hope you’re as excited as we are with this first batch of changes. Of course, this is only the top of the iceberg and we’ve reworked / added tons of very cool stuff to make every TLS run memorable.