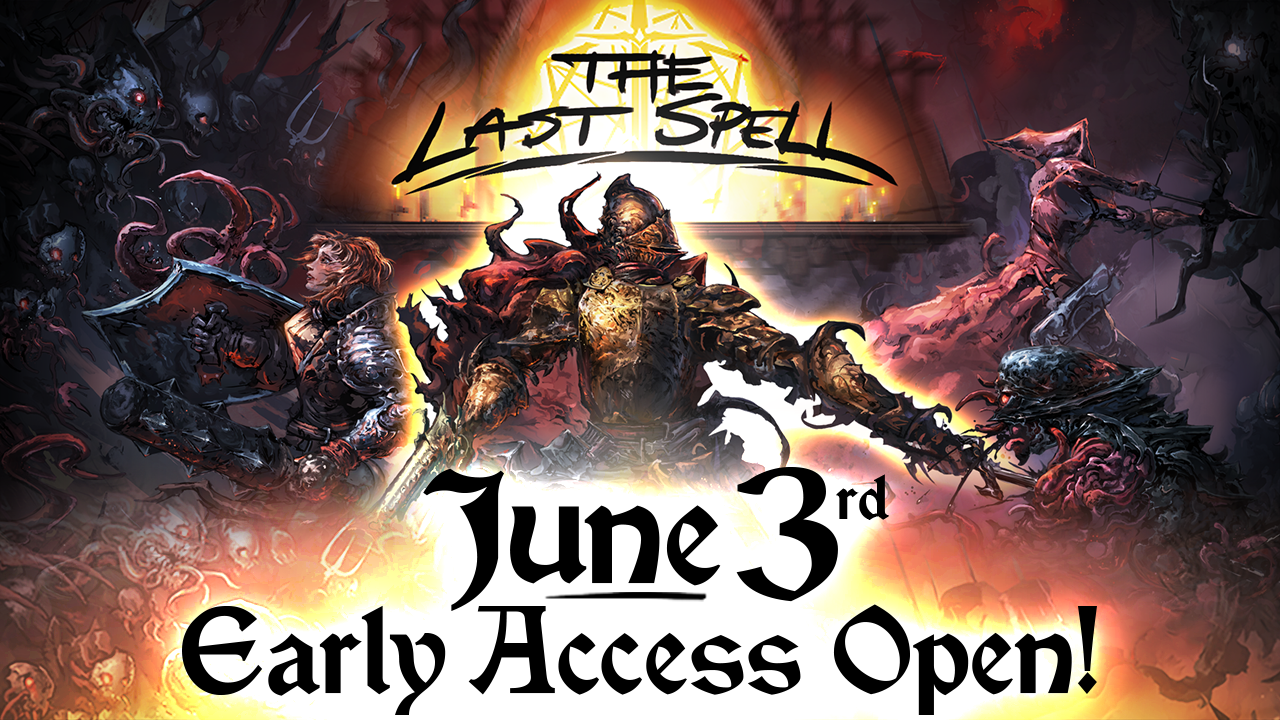 We know you’ve been waiting for this one

We know. We’ve said “soon” a million times when asked about the release date, so much that it became a meme in our Discord server. But now, the time has finally come:

The Last Spell will be released on June 3rd!!

It feels so exciting and scary at the same time to release our new baby. The last game we released was Dead in Vinland, 3 years ago, so it’s been a while! We’re now (barely) a little older, and our team grew quite a bit, and we even changed our name! (For those who haven’t noticed, our studio is now called Ishtar Games, and we even did a blogpost to explain it all)

Anyway, enough with the chitchat, here come the announcements! But first, here’s our latest trailer, telling you everything you need to know about the game!

The other big announcement is that The Last Spell will be an early access title. This means a lot of things, but maybe you wonder “why?”:

As you’ll see while playing the game, we got ambitious with The Last Spell. More than we anticipated at first x) We’re super happy with how it’s turning out to be, but we also know that player feedback will be crucial to make the game as good as we want it to be in the end. This is why, we’ve decided to take a new step in the development and make the game as an early-access title.

Our goal is to make the best roguelite tactical RPG, and to do that, players feedback will be extremely valuable to us. As we will receive them, we’ll be able to collaborate with the players on what they want to see in The Last Spell, and we will keep them in our minds as we move forward with the development cycle. This is a new step in the development of the game, but one that we’re super excited to take with all of you 🙂

What will be in the early-access version on June 3rd?

All the core features of the game have been implemented and polished. The game is highly playable right now in a satisfactory form. And yes, the meta is finally here!

You can play the first part of the game, which consists of 12 consecutive ingame days + a boss fight. You should be able to reach the boss battle and maybe succeed after a few tentative runs. After that – without spoiling too much – you will be able to try new runs with difficulty modifiers, adding a lot of replayability.

tl;dr: All the core features are in the game. You can reach the first ending of the game, and there’s a lot of replayability. You will most likely die. A lot

What does it mean for the players?

This means that the players can be involved in the next step of the development of The Last Spell. During the coming months, we will not only keep on adding new content to the game, but we’ll also rework mechanics, do a lot of balancing changes, thanks to player feedback!

We plan on updating the game on a regular basis, and player will also have access to a beta branch, to see all the latest changes that we’ll be working on at the studio.

Players will be able to offer their feedback on “Feature Upvote” (we’ll give more details about that when the game is released) or even on our Discord server!

And yes, we’re even ready for the 5 pages text documents that some of you will send us, with a million feedback.

Ready your swords, resplenish your Mana, prepare your scrolls of forbidden magic… There are only two weeks left to get ready for this fight.

The night has just begun…