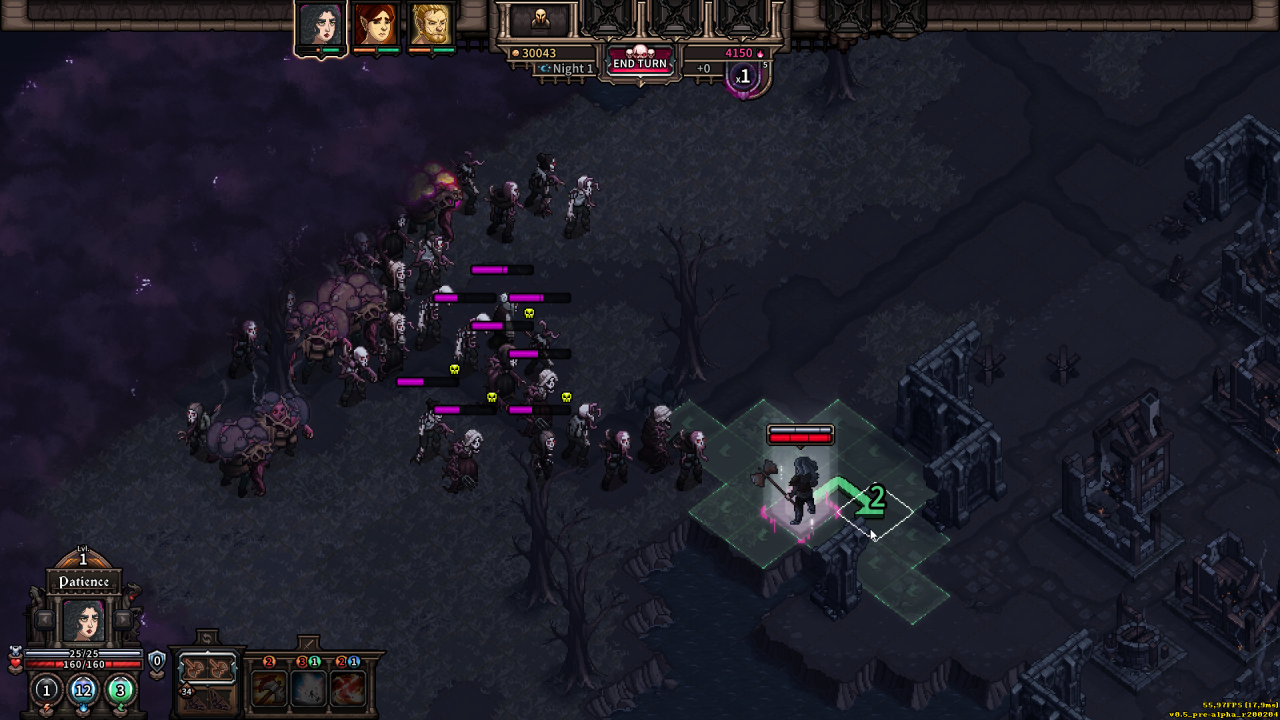 Hello survivors! Today’s blogpost is about special skills! However, if you wish to learn more about skills, you can read the previous blogpost!

The team has been really busy these past weeks to craft a new prototype. In gamedev, we often divide the developement into several smaller chunks, called “milestones“, for which we build a new prototype that will be playtested by the team and a few other people. The goal is to produce a certain amount of features and content and test if the gameplay matches the initial vision we had for the project.

This vision can change a bit during the development time, but we try to stick to a few “pillars” that we build our game upon.

We’re rather glad to say that it is all starting to grow nicely, we managed to reach the goals we set up in a rather bug-free prototype, so it’s always a good sign for the rest of the development.

The gameplay is starting to get fun, but we noticed certain areas that were not quite delivering their promises. It’s normal! It’s still time to tweak some things in the core loop of the game, so we devised a few major changes that we will want to playtest in the next milestone, next month.

When those changes are implemented, the core gameplay should be secured and we’ll only have to “finish the game”… Still an insane amount of work, but at least we’ll know exactly where we are going.

So, that’s where we’re at right now! As for today’s topic I want to talk a bit about the Special Skills that we have implemented into the game!

Many ways to maximum damage

This is one of the first special skill we designed. Quite easy, but really useful: you can attack multiple targets with this skill in one single attack. You can divide damage to finish off several low health enemies, or concentrate all your attacks on one single enemy for a good damage output!

The easiest way to describe this skill is to think of it as a “chain-lightning”. You target an enemy and a % of the base damage will propagate to another adjacent random enemy, a set number of times.

These skills are quite fun, because they imply that the caster will move during the attack. It can be a lunge attack that will pierce through the enemy, a wild charge, a leap or even the recoil from a big gunfire…

These skills can give a bit of free mobility to the character, but the destination tile needs to be empty, so it can be a bit tricky to use in crowded places.

Quite simple: the base attack will have a chance to repeat up to 4 times in a row. Each subsequent repeat will have a % of chances to succeed, depending on the character’s Precision attribute. (1 miss = attack stopped)

This effect applies another effect on the tiles surrounding the target (which can be an AOE). For example, hit a target and apply poison to all surrounding enemies.

Quite simple, some attacks will completely ignore one of the defenses: Armor piercing, Anti-Dodge and No Block.

We also have the Armor Shredding special effect, which makes double DMG against armors.

A stunned character will skip one turn completely.

Poison will apply a set amount of damage every turn, during X turns. (cumulative)

We have a variety of buffs and debuffs which can modify any Attribute. We’ll also have some special unique passive effects, a bit like for the perks.

We also have some “auras”, buffs or debuffs applied to every character in a set amount of tiles around the character.

Of course, the beauty of our system is that you can combine several special effects in one single attack, to make really cool skills.

For example, think about a leap attack (Maneuver) that would damage the enemies around the character (classic AOE) and has a chance to Stun surrounding enemies. (Stun + Surrounding Effect)

That’s all for now, maybe we’ll add new special types of attacks in the future, but for now we have plenty of fun stuff to play with!