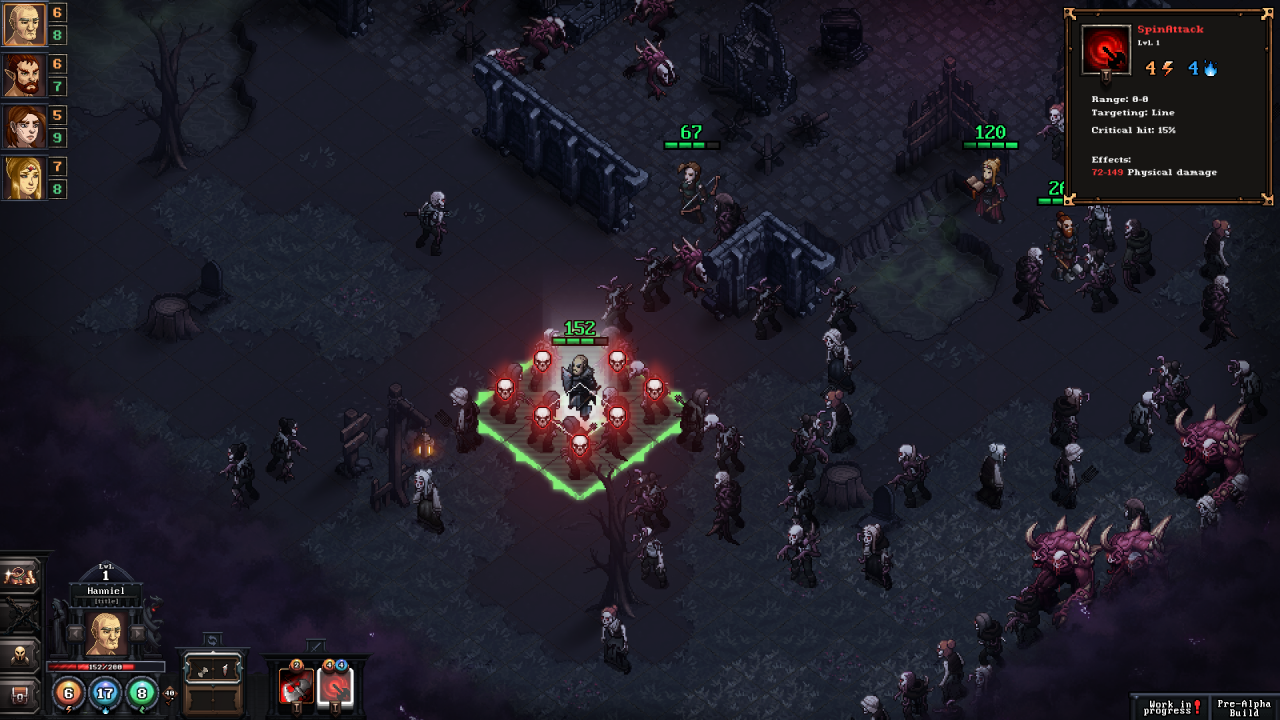 So, we’ve been working on The Last Spell for a few months now. I’m Matt (the creative director of the game) and today, I’ll try to talk a bit about the origins of the project and the main game design intentions we have. So time for a presentation!

Presentation of the project

Presentation of the roguelite elements

Now, time for a presentation of the roguelite elements. One last element we put into the game, we clearly wanted to have a shorter game, but highly replayable. That’s something we wanted for our Dead In games, but quite never perfectly achieved. So when you say that, the first word that comes to mind is “roguelite”… Short, procedurally generated, very hard runs. It worked well with the concept too of a “nearly impossible mission”.