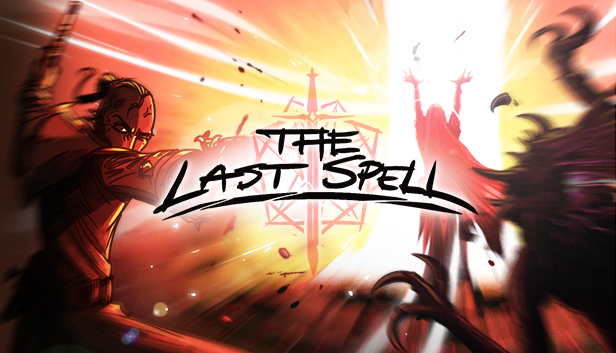 Hello survivors! Today, we’ll talk to you about the world building of The Last Spell!

The survivors understood quite rapidly the infernal cycle which was now their daily routine. Days were quiet and peaceful. They could take time to organize themselves, heal their wounds and search the surroundings for anything useful. But the nights… The mist thickened and from their bowels unleashed hordes of mutated monsters, craving for blood and magic.

Now we have to repel them, until dawn. Stand strong, at all costs. And above all, keep them from destroying our walls, last remnants of our glorious past.

A few mages still managed to survive The Cataclysm, feinting death in the rumbles of their laboratories. Even if they were not personally involved in the events which led to the end of the world, they felt quite a bit responsible for it.

Some of them managed to take some time to think.

And they found a solution. Pretty simple, in fact. But who would be the mage crazy enough to do such a thing? Luckily, some of them are…

They found out that the only way to possibly eradicate this mist and all its side effects would be to… destroy all magic itself.

There is a spell, in forgotten, forbidden tomes of magic. It requires to bind all the seals of magic and break them all. The problem is that just to bind only one seal of magic, it would require a continued incantation for several days!

The remaining mages then regrouped in the strongest Havens, and took turns day and night to conjure the Last Spell, protected by the last heroes of this doomed world.

SO, what you have here above is a translation of the summary of our world building, that would set the tone of the game, give some gameplay intentions and explain the starting situation of our story.

At first, it was some kind of light novel that I wrote during my freetime. I had this story in mind about a small company of characters in a harsh fantasy world, and in fact it fitted perfectly for our game! In fact, I even wrote some small bits of the story of this company, maybe we’ll release some excerpts during the development.

Ah yes, one last thing, last time I promised to talk about some of my non videogame inspirations for the game. The first inspiration for the story I had in mind is the marvelous Black Company from Glen Cook.

When it became a game concept and I re-wrote a bit everything, some other inspirations came to mind, even if frankly I didn’t realize it when I first wrote everything.

I think we also share some similarities with the great french “bande dessinée” Les Chroniques de la Lune Noire, from Ledroit and Froideval. You’ve got this “end of time” feeling, baddass grim “heroes”, hordes of monsters…

And one last thing: a few months ago, I bought the very good boardgame Aeon’s End. Totally enjoyed it, and in fact… it made me think a bit about our concept! Last bastion of humanity, a few heroes against monsters… If you like boardgames, give it a try!

And that’s it for the world building of The Last Spell!